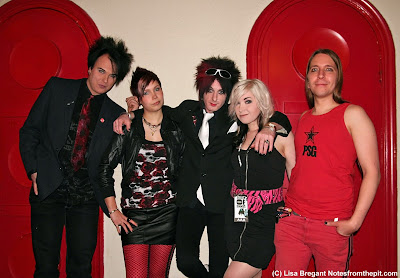 The newly formed Damian Cullen Band rocked their set at Season of Sounds and distinguished themselves as a band to keep on your radar.

NFTP: Tell us about your band and what people can expect from you.

Damian: People can expect a real good rock and roll show. The band has been going about seven weeks now. I met the drummer and he introduced me to the guitarist. It’s really come about all of a sudden. We have our first gig tonight and I know it’s going to be great. At the moment I’m back and forth in London recording an album and I just gave these guys the songs to learn and that’s basically it.

NFTP: How did you make it to Helsinki? Do you have friends here?

Damian: Yeah. I came here on holiday and fell in love with the place. I have friends like 69 Eyes and The Jade. Matthau as well. I know quite a few people. Finns from London. Good people. My favorite color is blue. My favorite song is My Way. (Laughs) Our set will be three to four songs from the new solo album and a couple of covers. We’ve done well considering the time.

The Damian Cullen band is: