Menu
Twitter Email
The Jade performed at Season of Sounds: The Beginning at Gloria in Helsinki, Finland New Year’s Day.

As a fan of The Jade this it was a thrill to see them live and they did NOT disappoint! The Jade’s set at Season of Sounds was the highlight of my trip to Helsinki.

Pekko Mantzin, Jann P.H and Wille Rosen were kind enough to chat with me for a few minutes after their set. 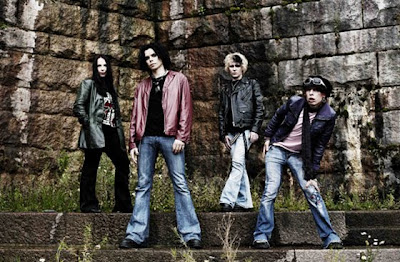 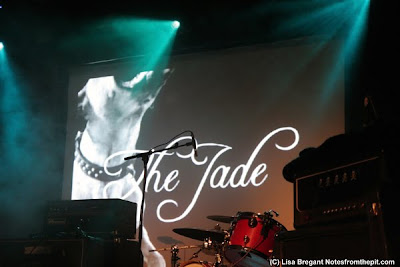 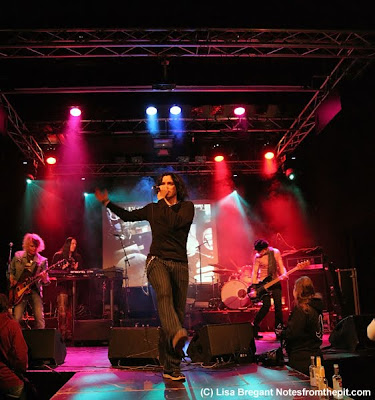 NFTP: For anyone who isn’t familiar with The Jade, can you tell us what people can expect if they haven’t heard you yet?

Jann: I didn’t know there are people who don’t know about us.

Pekko: Melodic hard rock. Very rock and roll. Rock and roll from the heart and a fist-full of punk with a dash of metal.

Jann: Pretty much in our childhood, first we were listening mostly to bands from the US and
UK. So, that’s where it comes from, with the heart of Finland. The melancholic bits come from Finland. It’s darkness and coldness.

NFTP: How did you meet? I read that Wille answered an ad. Have you (Jann and Pekko) known each other for a time?

Jann: I was pretty young when I met Pekko. Before I was a teenager. He had a band in a small town in Finland and they were really great. I was a fan of the band and I got to know their singer and through the singer I got to know Pekko. I used to hang with them and it seemed like me and Pekko had similar ideas about getting things together and moving out of Finland and spreading the music. We were really ambitious as kids and we already had bands together when we were 12 years old.

Pekko: So, basically, I generally liked him. He is great. The greatest guy I ever met.

Pekko: You are the greatest guy. I like you.

Pekko: I love you man.

Jann: I love you too.

NFTP: So, then you, Wille, saw their ad for a singer?

Wille: Yeah. I replied to it and then they had an audition I went to and I sang with an acoustic or electric guitar. I don’t remember.

Pekko: I think you brought your electric.

Jann: It was an acoustic guitar.

Jann: I’m 18 by Alice Cooper. That blew my mind. I was thinking like, fucking hell, what a voice and what a range.

Pekko: Yeah, what blew my mind was Shandi by KISS. I mean, he played Shandi, the solo on guitar..I never liked KISS. I have to be honest. I never liked KISS, but when Wille performed the song I thought the man must be good. When Wille sang the song I liked his voice and thought he’s a nice guy.

Wille: Then they played a couple of their songs and they had good melodies, good lyrics and I think that was the start.

NFTP: It was a great fit.

NFTP: How about your songwriting process…do you all contribute?

Jann: I’m a bit lazy in that area. I’ve been reading about Keith Richards. I seem to be like him. He’s got like, 10 songs all the time he never finishes. I’m a bit like that. At the moment I’ve got maybe 7 songs which aren’t ready, but they’re in my mind. Sometimes I bring something over which is ready, but not that often. Pekko is the main writer.

Pekko: I start to play and they say this bit sucks or this bit doesn’t suck, but usually they do suck, so I try to make them…

Wille: As complete as possible. You compose them, then we arrange them together.

Pekko: Exactly. That’s what we try to do and it’s easy.

Jann: Wille is pretty much ready when the song comes with you.

Wille: I think we had about thirty or so songs before recording ‘Seconds Away From Salvation,’ the new album. We chose fourteen to be on the new album.

Jann: And there’s new stuff coming up all the time, so we’ve got something like 20 songs which we’ve rehearsed on and off. Also, me and Pekko havetape that has like thirty songs that haven’t been performed by The Jade yet, so we can really make a triple album..

NFTP: There’s a lot of material yet to be heard.

Pekko: If anyone is wondering why there are some songs from ‘Slow Motion on the Fast Lane’ on the new album, our record company liked the songs and that’s why we chose them to be on the new album.

NFTP: How much input do you have in choosing what goes on the album?

Jann: We voted and the record company checked it over, but the final draw comes from the company. Basically in the end they’re the ones that decide, but still they listen to us as well.
NFTP: Are there any plans for a tour?

Jann: We’re waiting for offers actually. We are eager to tour.

Pekko: We need a good booking agent. That’s what we are looking for.

NFTP: We need you in the US.

Wille: We would love to tour there.

Pekko: We would love to tour in America.

Jann: There already seems to be like an underground scene. Some people who have come to know us, maybe via Myspace or something, so it would be really great to show them what we really are about. The songs are good on the album and all that, but we’re also a great live band.

NFTP: Your set tonight made this trip worth it for me.

Wille: Awesome. We tried out best and it felt good to sing and perform.

Pekko: When we’re together on stage it feels good. I love the guys. I love every moment of being on stage with these guys.

Jann: With us it’s never a gig or a show you play. It’s magic. Some people can create something together. Some can’t. We are lucky enough that we can really create something. It’s more like magical stuff. It’s chemistry and energies of the universe.

Pekko: The caring of each other as well.

Wille: Ripping your guts and heart out and stuff.

NFTP: Your chemistry and the fact that you really enjoy each other shows on stage.

Pekko: Every moment I’m up there it’s just love. There are no bad thoughts. Sometimes when I go to sleep I have bad thoughts in my mind. That’s why I bought this shirt, “Manic Light.” With these guys life’s all right.

Jann: Yesterday’s Rain and Solitary Soul at the moment, but it changes every day.

Pekko: Today, I think it was Solitary Soul. It always reminds me of The Who and when Pete Townsend gets to dancing. That’s what I feel like.

Wille: The feeling gets better at the end.

Pekko: The record is going to be released in Japan this month.

Wille: We’ll do another video and single for Yesterday’s Rain.

Pekko: We’re also talking about promotion in the UK. We’ll see how it goes.

Wille: At the moment it’s been released in nine European countries.

Pekko: Which is a lot.

NFTP: Any plans for a US release?

Pekko: We are hoping for it, yes. That would be great.

Wille: No concrete offers coming yet.

Pekko: Talking about the music scene at the moment, the most bands are from the US at the moment. Like Foo Fighters, My Chemical Romance, Linkin Park. All of these bands. If I ever had a chance to play in the US it would be great.

NFTP: It’s refreshing to hear a band who’s singer can really sing, all of the members are talented, experienced musicians, and the focus is on the music and not image.

Wille: That’s a great compliment. I would think so too. Can’t add anything to that.

Jann: I can. I think the bass players can really play the bass and that’s the main thing. 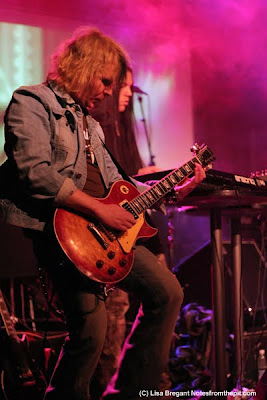 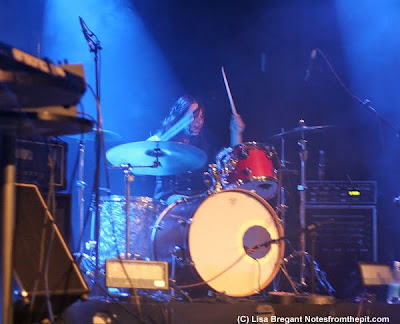 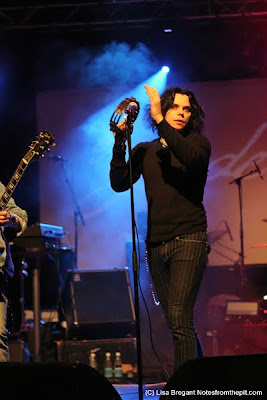 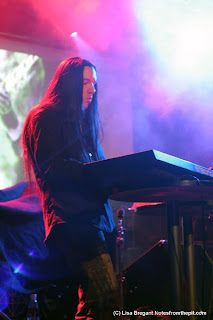 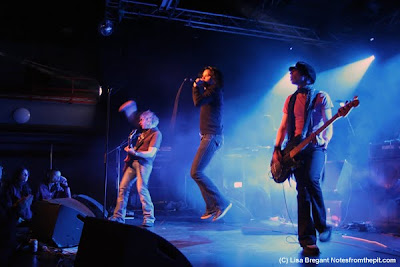 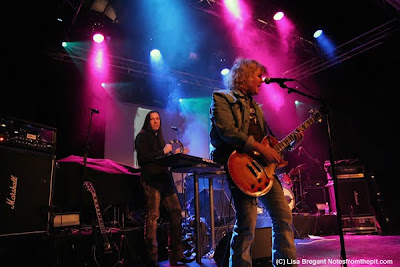 More photos of The Jade live at Gloria.

The Jade’s latest album ‘Seconds Away From Salvation’ is available at:

The Jade on Myspace

The Jade on iTunes